A day after helping with the Ellenbrook/Vines fire, Swan SES were once again called on to help at the Bullsbrook fire that was started along the railway line from Oakover road to Shady Hills View.  The fire burnt out over 1500 hectares of bushland and almost destroyed over 30 houses in Bullsbrook.

Originally being called to assist the Swan Communications Bush Fire Brigade, Swan SES also provided transport for exhausted fire crews from Gidgegannup Bush Fire Brigade, marshalling at the incident control point, logistics support, communications support and administration for the incident management team. Our assistance lasted for four days until the fire was handed over by DFES to DEC.

Wayne Gregson APM, Fire and Emergency Services Commissioner made mention on the first day of the fire how well we worked together with all other agencies and that he was proud of such a group.

As part of the debrief from this large fire event, Swan SES has offered to put members forward to be Bush Fire Liaison Officers for SES. With Swan SES’s close proximity to major bushfire risk areas we are hoping this will mean an even faster more organised response from the SES. 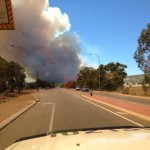 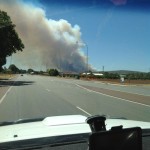 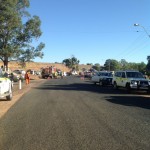 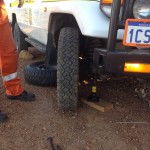